Plastic products and the uncontrolled pollution of the environment by microplastics are subject to public criticism: there are risky and with partly unknown effects for the biotic and abiotic environment. While for the marine and increasingly also for the agricultural sector the risks and long-term effects from plastic are already discussed, there has been little attention for the forestry sector so far. However, especially in forest management, plastic products such as tree shelters made from conventional plastics play a significant role. They are used to millions of times a year and are not always fully removed from the forests. 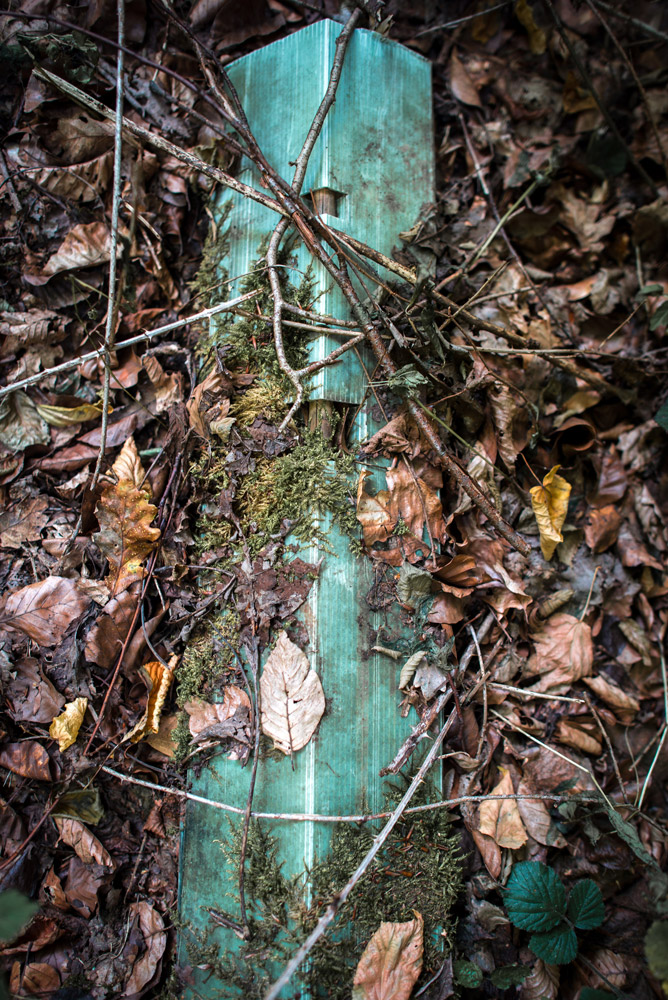 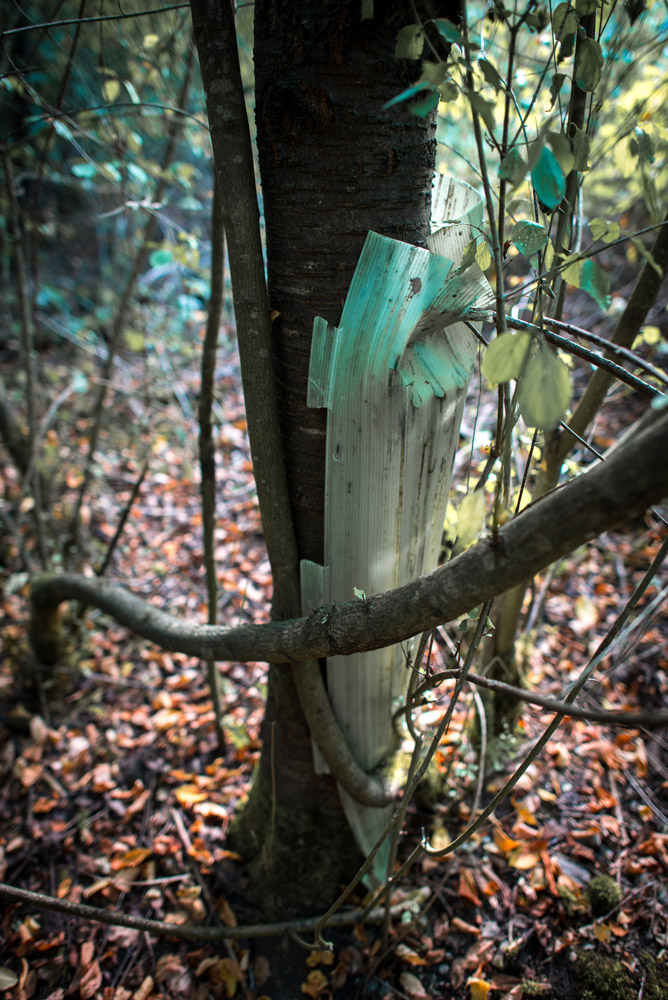 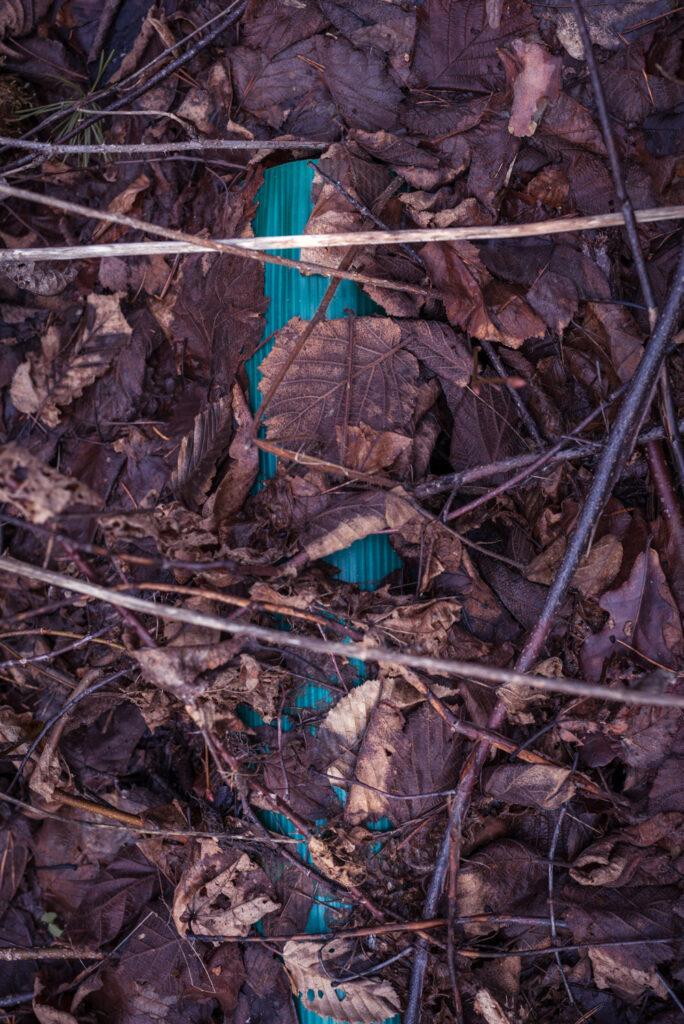 What are Tree shelters?

Tree shelters are used to protect young trees from browsing by wildlife. They also help young trees from being outcompeted by surrounding vegetation. At the same time, they act as mini-greenhouses with an increased air temperature and humidity inside. Thus, they support survival and height growth of the young saplings. Tree shelters are mainly used in hardwoods for e.g. oak, cherry, maple, ash or the wild service tree, which are all tree species that are at risk of browsing by deer. Their use in coniferous wood is not much recommended.

The most critical point with tree shelters, however, is that (plastic-) particles from tree shelters may spread into the forest ecosystem, which do not properly degrade after their lifetime of protecting trees. Initial projects have shown that in the past 20 years solely in the state of Baden-Württemberg/ Germany, between 4.5 and 7.7 million tree shelters were used and only less than 50 % removed. Due to the long time span (at least five years) until the young trees have emerged from the shelter, tree shelters are often forgotten or difficult to find.

Tree shelters are also often criticized for reducing stem diameter growth of young trees while favoring height growth, which can result in loss of stability during the first few years. In addition, trees inside shelters may overheat and wilt. To prevent such risk tree shelters are usually perforated in the bottom part of the tube. It improves air circulation, prevents overheating and counteracts stability problems. 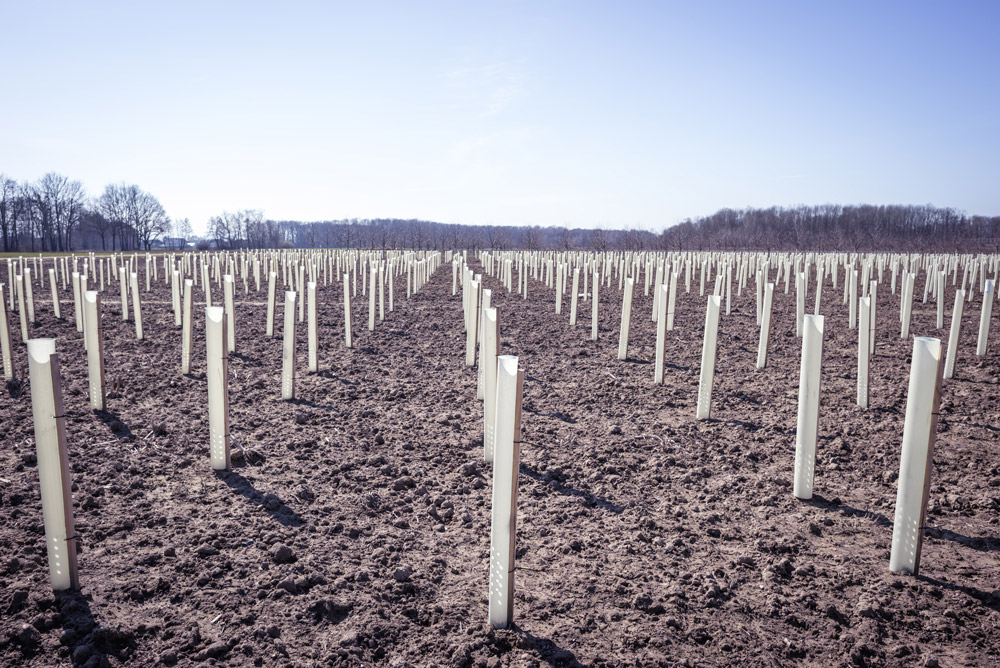 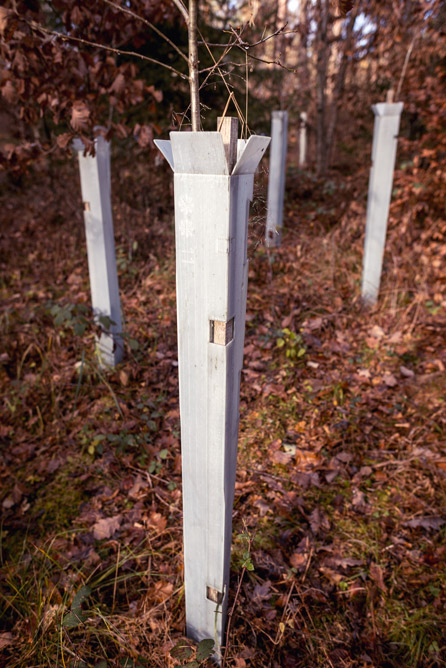 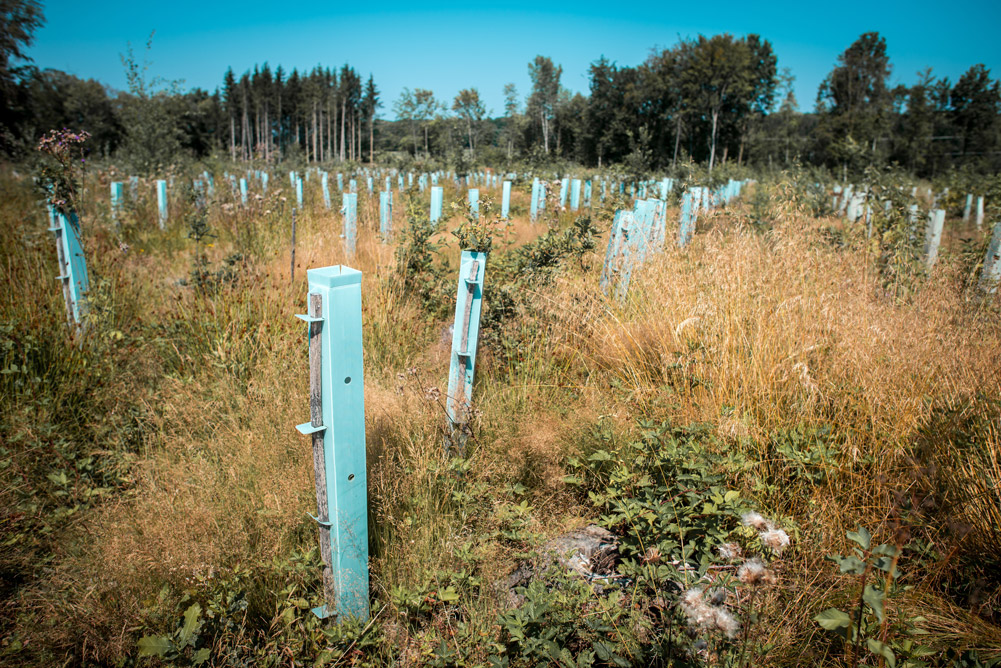 The effects of climate change are prompting an increased need for new reforestation and thus sharp rise in using tree shelters. This is due to planting rare (browsing-prone) and heat-resistant tree species, due to forest conversion from unstable pure stands to mixed forest stands, and finally due to reforestations after extreme weather events such as storms or forest fires or followed by bark beetles.